We took some time to play around and get used to the dynamics of the clay print process. It was also time to step up (or down?) the resolution from 1.9 to 0.8 mm using screw-on luer lock tips. We are also now using powder clay that can be mixed in exact quantities instead of moisturizing chunks of clay. Also figuring out ways of reliably filling the syringes without trapped air. I'm using a similar 60cc syringe where the front is cut off and use this to suck in the clay from the mixing bowl. Then the clay is transferred to the print syringe, this works really well actually.

After some calibrating I decided to print a test design that would be hard to make using conventional techniques: a double walled vessel with fins connecting in- and outside. I was expecting mostly failure but it finished without to much trouble! Due to the restrictions of Skeinforge expecting 3d models, the walls are double filament (1.5mm total). As you can see on the Pleasant3d view there is an outer and inner shell and instead of a line connecting both there are o-loops. Testing a different design now that enables us to test a single filament double wall vessel. But in the end We will need a way to generate tool paths from single walled surfaces instead of solids

Last weekend I talked briefly with Adrian Bowyer after his excellent talk at FOSDEM. I was excited to show him our results after he finished his talk with mentioning ceramics as future possibilities (hence the title, wink, wink)


Now lets pray all together that trapped air bubbles won't make it pop... 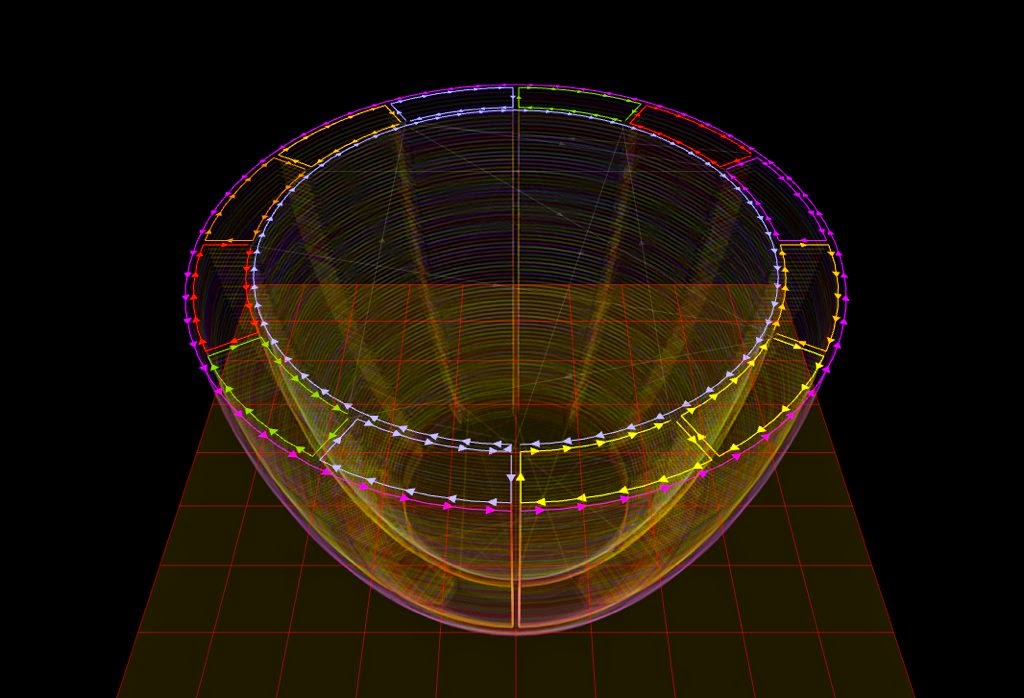 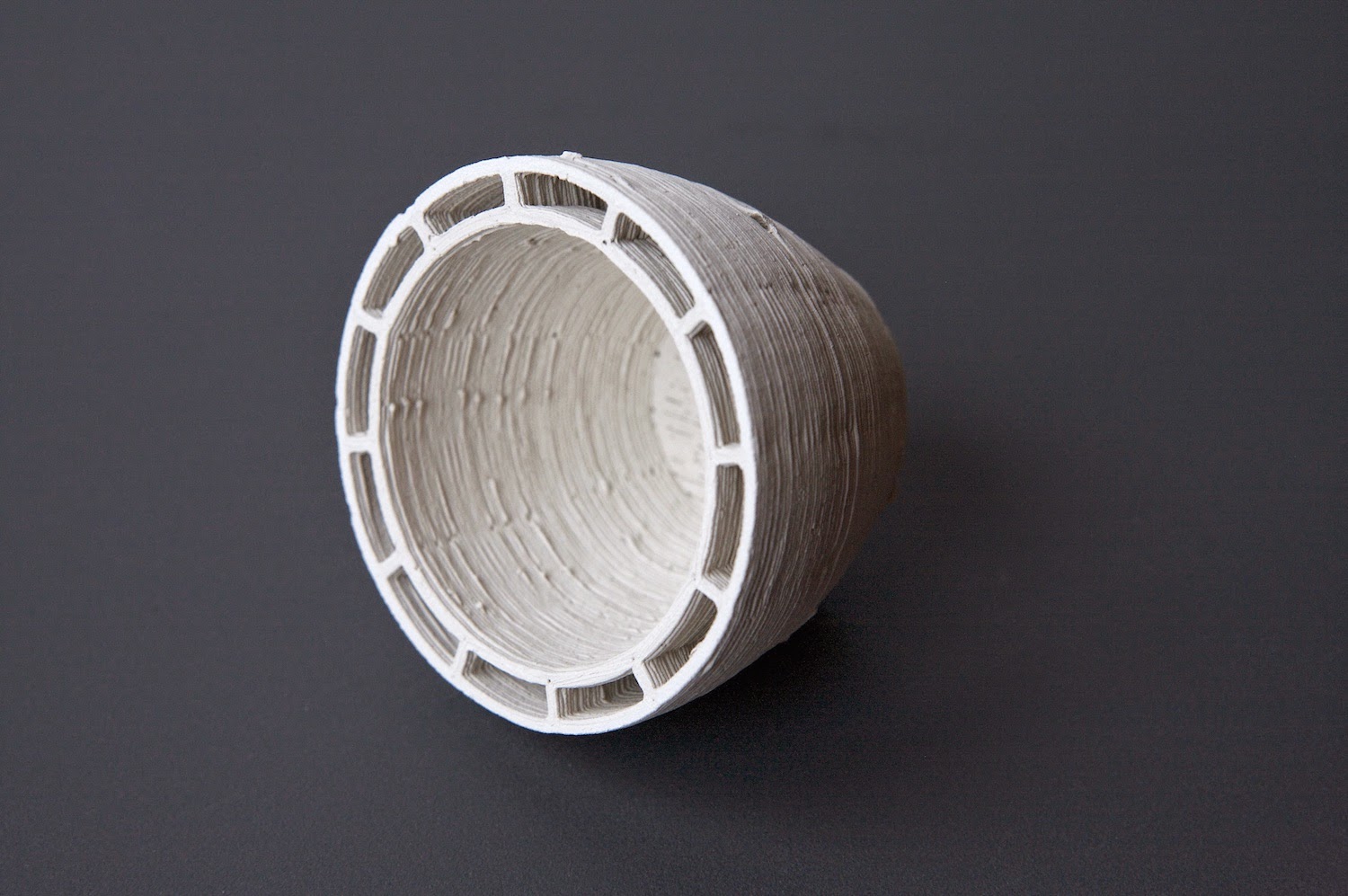 Unfold ~fab is Belgian Design Studio Unfold's Reprap and Personal Fabrication Blog, where we detail the progress of various projects. At the moment this focusses on ceramic 3d printing.
For our regular website visit unfold.be

support us, buy our book: